My parents were here for two weeks.  We did a lot of stuff.  It was exhausting. It was also so much fun.

We went blueberry picking, the cool weather returned! My parent's went out the the Louisa May Alcott house, we met up for ice cream, we took a second trip out downtown to the freedom trail, we lost Seth, we found Seth, we went home. We saw Plymouth rock, drove out to Province town, retraced my Ragnar run, played in the surf, and just had a great time. 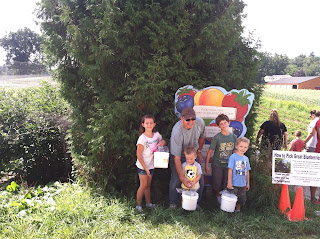 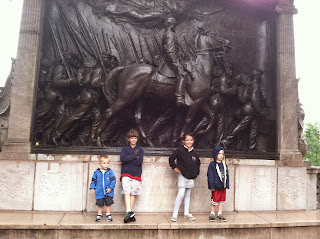 Before we lost Mr. S. Thank heavens for a young woman who picked up our lost little boy and brought him to a security guard at the law school she attended. It was a frantic 15 minutes for us, but S was probably without direct adult supervision for maybe a few minutes. This was hands down one of my scariest moments as a mother so far. 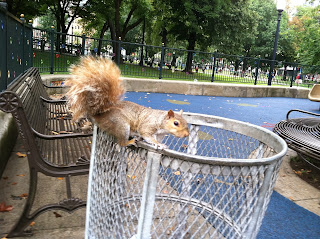 After we lost and then found Mr. S. I couldn't bring myself to take pictures of anything but those crazy urban squirrels. 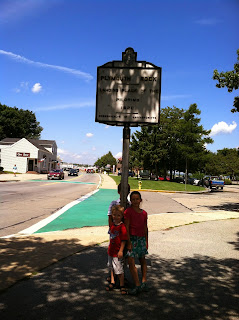 I wish this picture was better. This was a great photo bomb by G-man 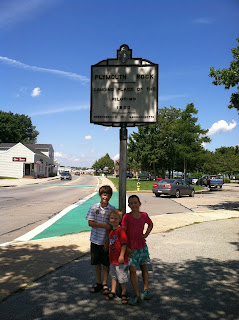 Visits are so bittersweet.  You miss them and want them here with you. You enjoy their company while they are here always knowing they will be leaving at the end. You enjoy sharing all you have discovered so far away, going, going, going from dawn until dusk. It's exhilarating and yet you crave the normalcy of day to day life. I told my mom they stayed here just long enough. We weren't too sad to see them go after two weeks. Next time I think they plan to get a hotel and rent a car. Live and learn.
Posted by Luann at 10:21 PM