My mom grew up in Manti UT where they hold a yearly summer pageant.  She was in the very first Mormon Miracle Pageant back in the 60s. So when I heard the Hill Cumorah pageant was on during my parent's visit, I knew I had to take them to see it. It's held in Palmyra New York, which is about six hours away from us.  Chad took one for the team and stayed home with the younger boys. Luckily he's not a big pageant fan, so it wasn't much of a sacrifice.

Just an FYI for anyone visiting New York State. They have some crazy tolls. It cost us thirteen dollars just to drive through that state. That's so weird to me. 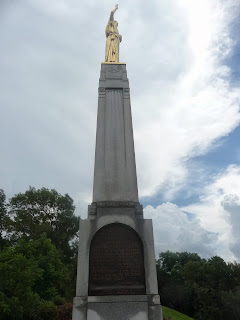 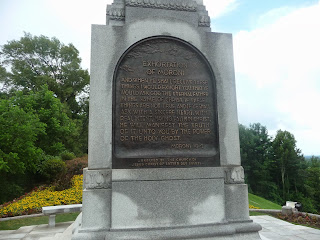 They actually keep a garden growing. The kids pointed some huge zucchinis out for the lady tending to the garden and she gave them a few. It was fun to have some fresh from the garden veggies. We miss our garden. 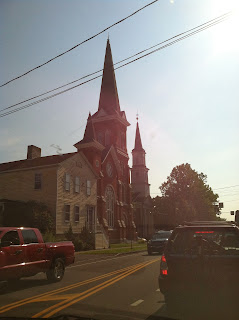 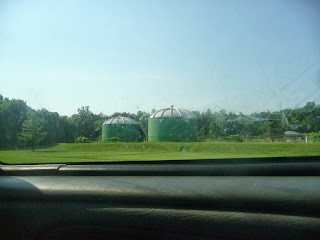 My mom loved the churches, houses, barns, silos, farmland etc. She was constantly taking pictures of the landscape as we were driving. We also frequently stopped to take pictures of houses. The kids snagged the camera and joined in. I definitely love the area we live!

Anyway, we had a great time and I'm glad we were driving during most of the record breaking heat the two days we were gone. I wish we'd stayed another day so we weren't so rushed. Maybe next time, although there may not be another July trip for my parents. I don't think the humidity was their favorite thing in the world.
Posted by Luann at 9:57 PM