JW hit the big 4. Some things about him: 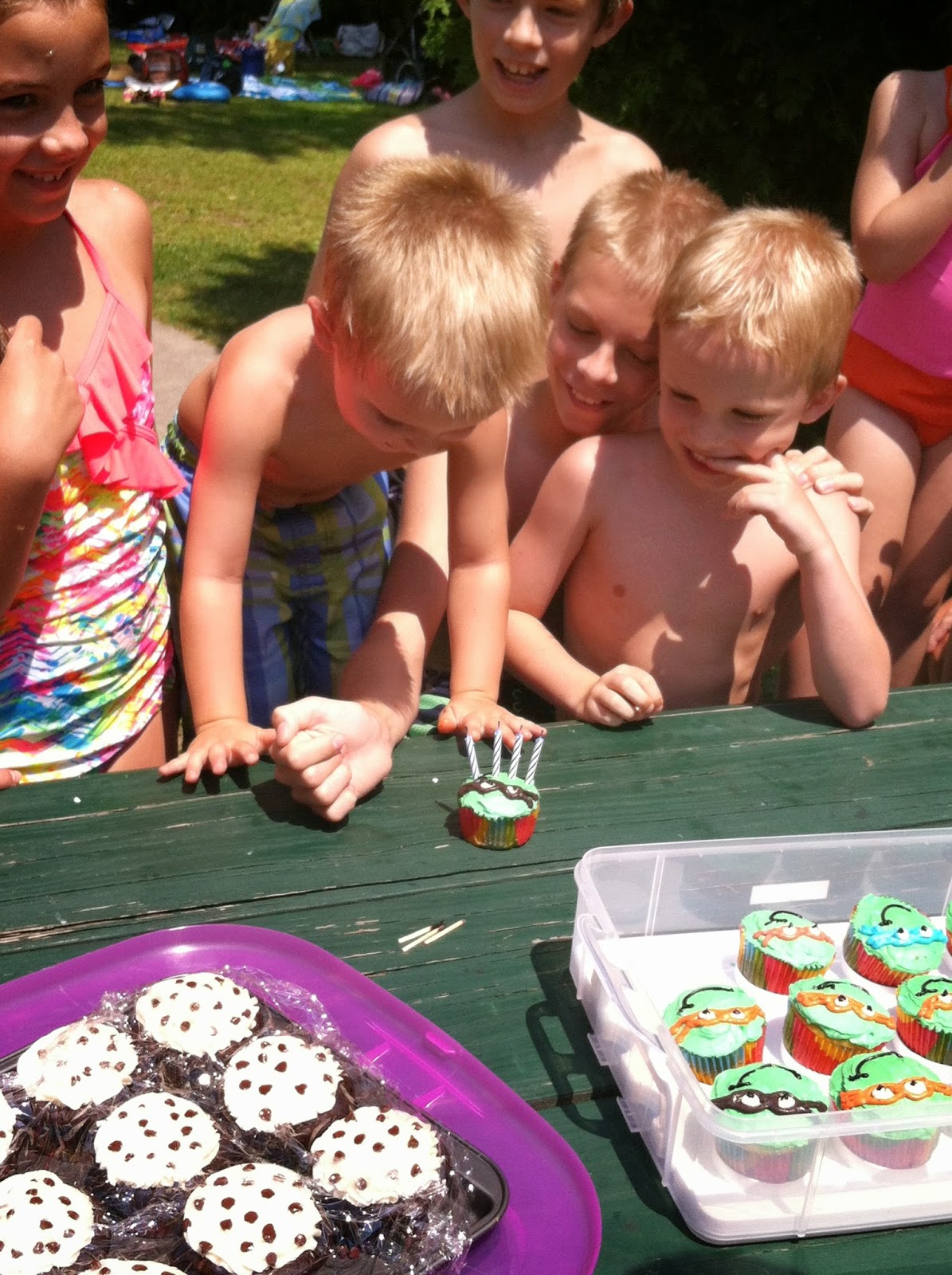 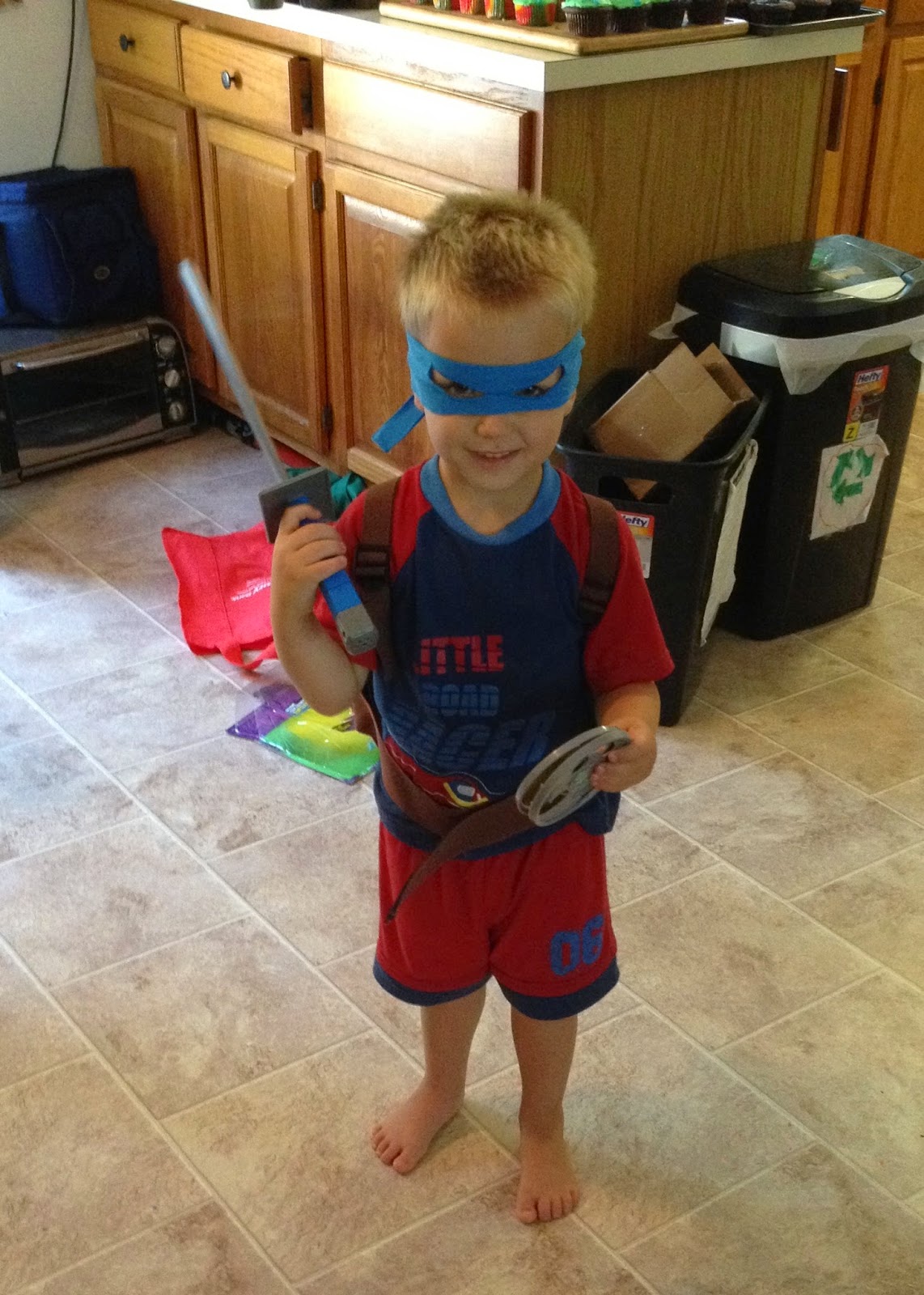 Now that I have some Kayaks to my name, I have to do something with them. Two of them are not enough for the family, so we have to take turns. I took Kiwi out on a trip, and Luann took Gman. The littlest are not old enough to go until we get some smaller life vests, and mom and dad are more comfortable with that. The lakes are deep! 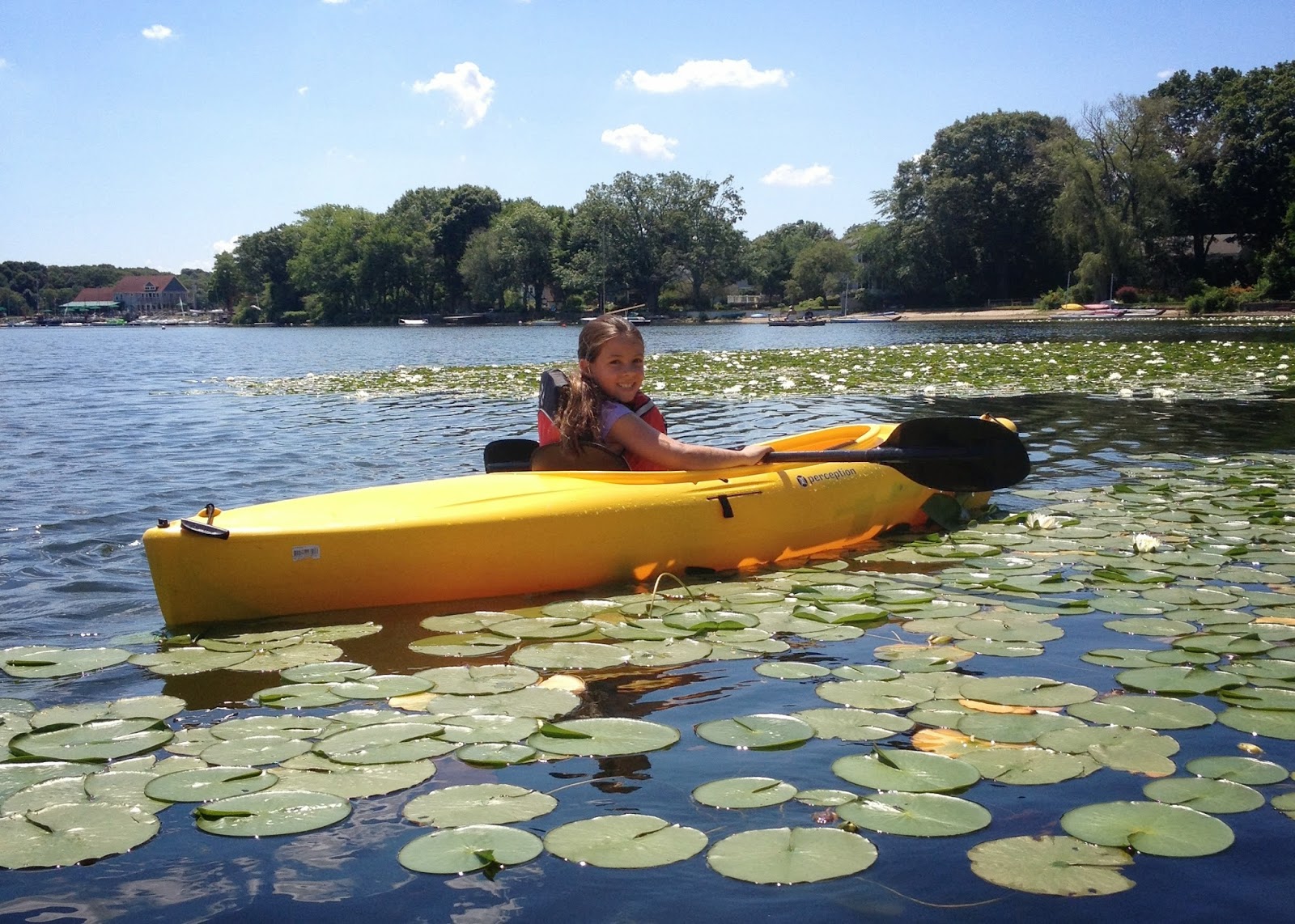 Kiwi totally loved going through the lily pads, and collected a couple to show the little boys. We made a good circle around the edge of the lake, and it was fun to watch her figure out how to work the kayak. 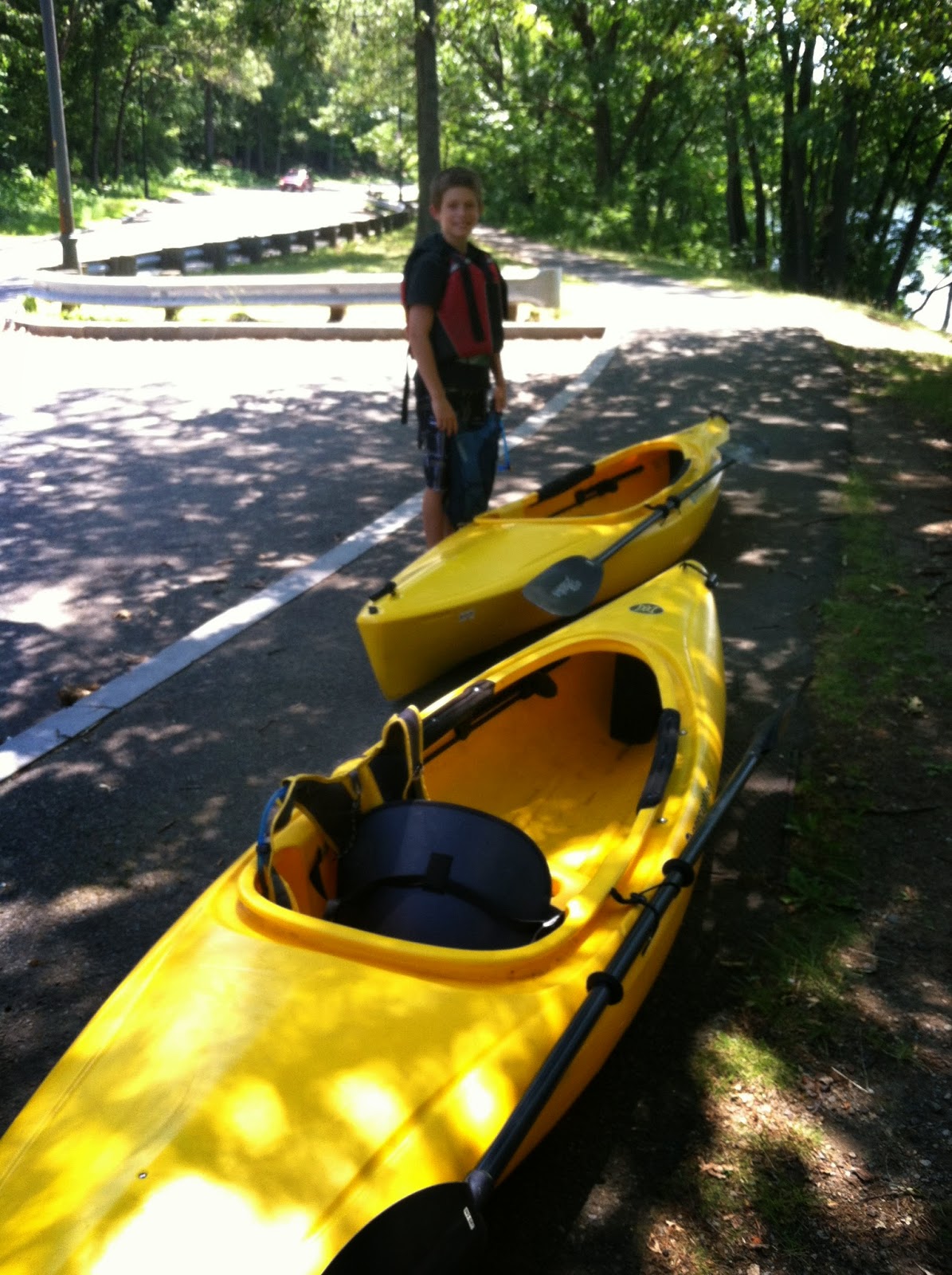 Gman got to put his new-found kayak skills to the test, since he just got the kayak merit badge at scout camp. I hear he did just fine, since he also returned from the minor adventure unharmed.
Posted by Chad at 9:26 PM No comments:

I don't have many things to post about my first scout camp as a dad, and Gman's as a scout. Just some facts and figures: 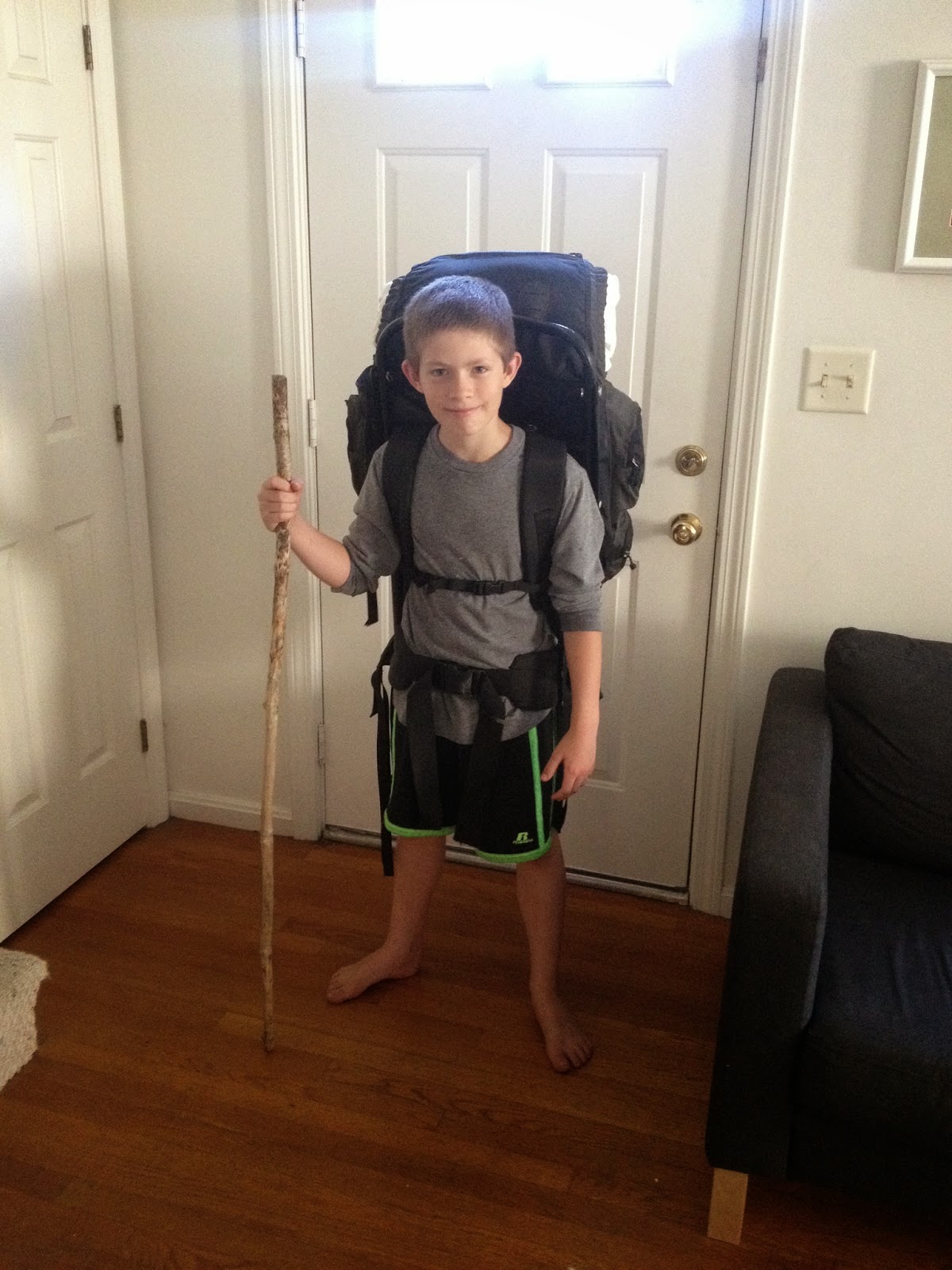 1. By the LDS church rules, you must be 12 to attend, otherwise you have to have a male parent or guardian attend with the scout. So, I got to take time off of work (see the story about the kayaks for more details) and attend with Gman.
2. It was very hot and humid. It probably was in the 70's and 80's the entire time. Doesn't sound hot, but when you have to walk and hike everywhere, it got tiring for this old man (see post in June on the birthday for more details)
3. This old man had a hard time passing the swimming test, which requires a 100 yard swim in a variety of strokes; note that it was definitely short of that yardage, so yay for me! But I was glad I did pass, since that was the only way to get cool on the hot days. This was the only camp I have been to that only had HOT for a shower temperature.
4. Gman was a real trooper. He was not able to pass the swim test the first time, the second time, nor the third time. The swim area lead worked with him to practice the strokes, and much to his surprise, he took down that test! I did have to walk away, as I did not want to be caught crying with pride or anything.
5. I have no pictures from the camp, since they really frowned on the electronics, both for the kids, and the leaders. The above is good enough; just imagine a bit more tiredness in the eyes and dirt in the nails.
Posted by Chad at 9:07 PM No comments: