Mr S and his bike 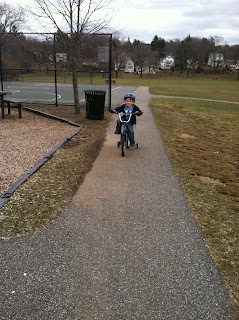 Now that the snow has finally melted, the bikes have come out.  Mr S had never ridden a two wheeler before, but he's a natural.  Hopefully by summer's end we can take those training wheels off.

This was his first day trying it out. He did a great job, although his legs did hurt the next day.
Posted by Luann at 3:55 PM No comments:

Kiwi turned eight this year.  I'm still a bit stunned by how old she is.  I wish my kids wouldn't grow up so fast.  It's to the point that I can't look at old pictures because it just kills me.  I mean, look at this: 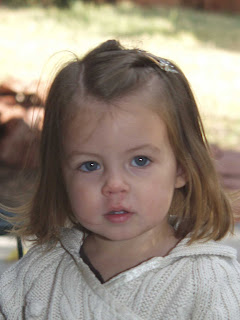 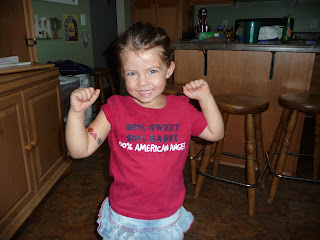 And This:
Eight is a big year for Mormon kids because once they turn eight they can get baptized.  She will get baptized in Mesa in April, so the excitement of the birthday wasn't that high.  The baptism is the really exciting part! She had a birthday that I planned in less than a week that consisted of American girl dolls and food.  I think I underestimated how active 8 year old girls are! They are a mile a minute.  Chad took the boys on an outing during the party, so I had no camera person. Here is my only picture: 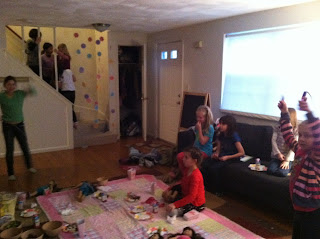 Here's a little about Kiwi at eight: She is sweet and sassy all in one. She is a cuddler, a helper, a good friend. She loves to go shopping with me, probably in the off chance I find a good deal on something for her. She loves to be in charge, she hates to be told what to do, she wants to figure it out on her own. She is a strong minded, independent girl. Someday she will be the ruler of her universe and she will love it. Until then, she has to put up with her parents. Stay strong baby girl! I love you ;)
Posted by Luann at 10:41 PM No comments: