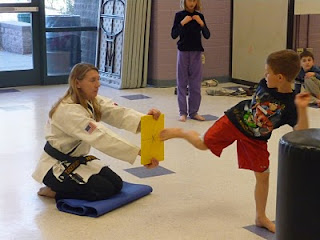 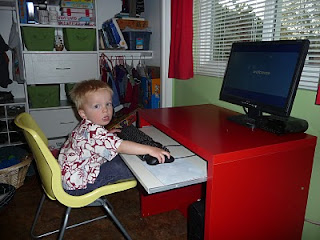 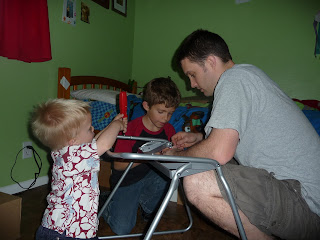 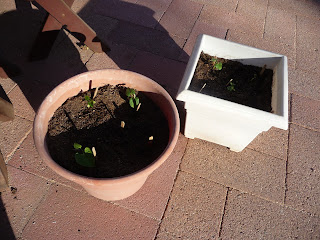 We had our first Science Project. I learned a lot. I don't know how much he learned. I let him choose his topic, which involved watering bean seeds with distilled water or tap water. I am a firm believer in letting a child do their own homework. He was in charge of watering, measuring, and recording his findings.
Unfortunately when we reviewed the data at the end I found multiple days where his plants had actually shrunk between measurements. He had no idea what to do with the data he had collected. I felt like I got way more involved than I wanted to.
In the end we were able to put it together in a way that he understood, instead of the way I thought it should be. It was really hard to let his first grade brain come to it's own conclusions when my college educated brain wants to tell him everything I know so he gets the answer exactly right! I wish he had picked the M&M counting experiment. At least he would have known what he was doing.
Posted by Luann at 11:23 PM 2 comments:

Out on the Town, Part S

For Christmas we gave our kids the gift of time and a special outing. Each was promised a date with mom and dad, all on their own. I remember doing this once when I was little. I was the 3rd of five, and one on one time with my parents was really hard to come by. Especially both of them. It obviously meant a lot to me because it's something my parents did for me that I've always wanted to do for my own kids.

Mr. S was up first, and he will probably be the cheapest date by far. We rode a little train around the park, went to the zoo, fed the giraffes, and had a treat on the way home. He fell asleep as we drove home, so obviously he had a great time. Here are a few pics. 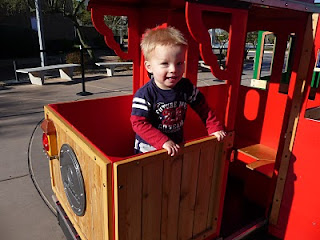 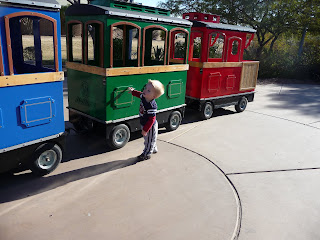 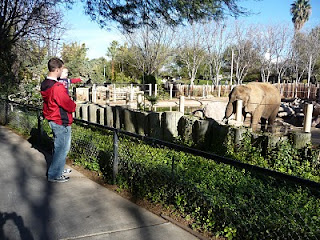 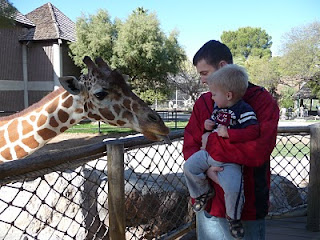