Halloween: Best time for a sugar high and the resulting crash.

G-Man wanted to be a ninja for Halloween. He has to clarify when people ask that "it is a red dragon ninja." Yes, you have to be specific with him. 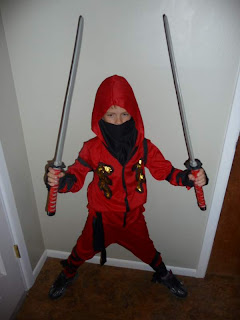 Kiwi has to be something really girlie, of course. She was a Fairy Queen or Fairy Princess, depending when you asked and if G-Man was around. We forgot the wings for actual trick-or-treating, so mostly it was a princess. There isn't a picture of the hair, but trust me, there was much screaming involved, so it was ornate. :) 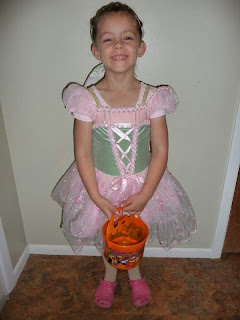 Mr S was very adamant about not getting his costume on when we were getting ready to go to the trunk-or-treat. Once we got there, he was willing to put it on, for the sake of getting candy. The tradition for the boys is to be Mike Wazowski from Monsters Inc. 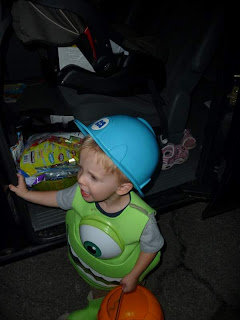 And last but not least, our cutest candy-grubber, JW. Who knew Skeletons could be so darn cute? I think he senses that he wasn't going to get any candy. 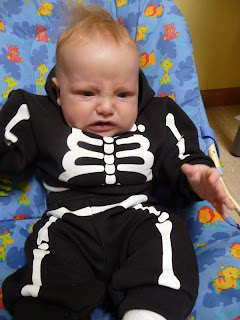 Cute costumes. I love the cute Queen and I can just tell that the hair was ornate. We have those screaming moments too. But, I decided not to put up with any this year so it was simple for the hair for us. I think the specific-ness (is that a word) of G-man is hilarious!!

Thanks for letting us descend upon you for the weekend. We even enjoyed the resistance to costumes.
Mom & Dad