Gman and Kiwi played soccer this spring.  Sports take so much time! Our entire Saturday was spent doing games, plus practices two days a week.  Unfortunately, they love it.  So I guess we're in for the long haul.

Here's G. He was on the Boy's 10 year old travel team.  They were team Lightning: 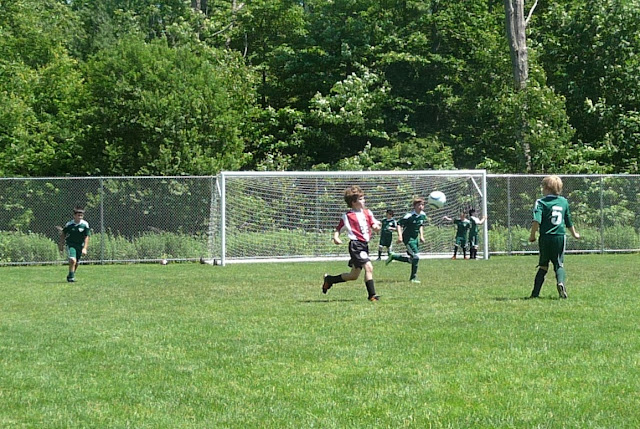 He's a quick runner. He's good at chasing down the ball.
Boys soccer is very serious.  They work hard while they're out there and they are usually eagerly waiting their next turn to play.  G was always exhausted after his games.

Here's Kiwi. Here team stayed in town and played against other kids from our town. Next year she'll travel like G.  It should be fun having out of town games for both of them every week: 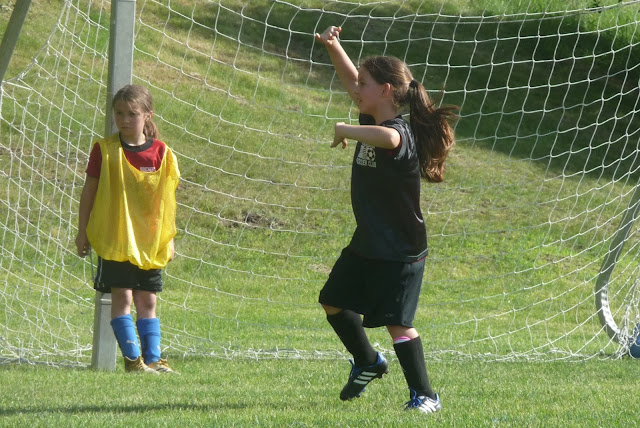 Girl's soccer is hilarious.  It's all about the social.  When on the field, it's all about getting the ball.  Here Kiwi is trying to get the ball.  When they don't have the ball they're socializing with their team mates on the field.  If required to run too much, they usually start asking to sit out. 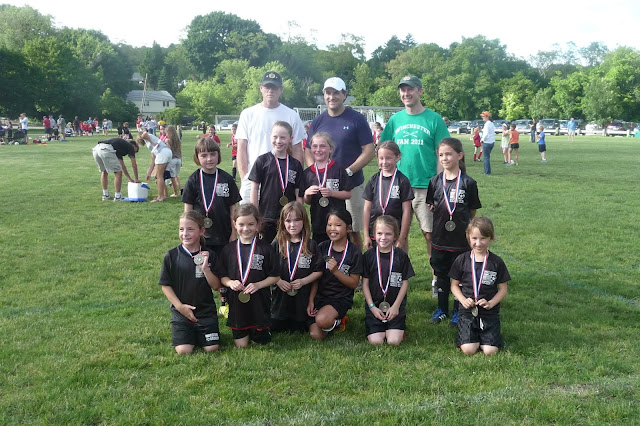 These girls had a fun time.  I really should compare girl's and boy's soccer amongst same aged kids.  We'll see if they're as serious as the G's team when they're 8.