For about two years, Chad has been looking into getting chickens. We have allergies in our house and can't do cats/dogs. Plus, how often do you have a pet that is actually pretty useful? Shortly after he started looking into this I got pregnant and told him he could get some, but I would not be helping. I was not about to put up with animals in the middle of a pregnancy.
Then, when we found out some friends with chickens were getting ready to move and wanted to find a new home for their flock of two, we couldn't say no. This past weekend the chickens came home. I think we're in love... 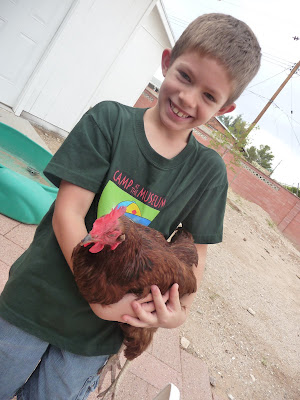 The coolest thing about these chickens is they're super smart. A few mornings ago Little s had closed the coop door after letting them out. Unfortunately that is where they lay their eggs. I came out a short time later and they ran up to me squawking and carrying on about something. I walked over to the coop, found it shut, and opened it for them. They immediately jumped inside and laid their eggs. It was so cool. 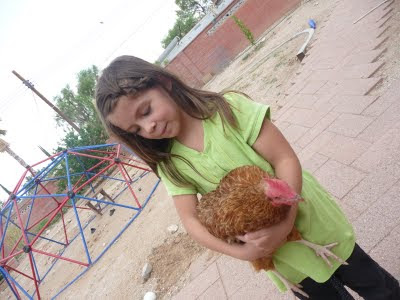 Kiwi LOVES these gals. They are now "her" pets. She is in charge of feeding and watering, and getting them out of their coop in the morning. The second day we had them, they had been harassed to the point that one jumped up on top of the coop, which is next to the wall. We found Kiwi in hysterics yelling "MY CHICKEN!" because she was afraid Nutmeg would get out of the backyard. 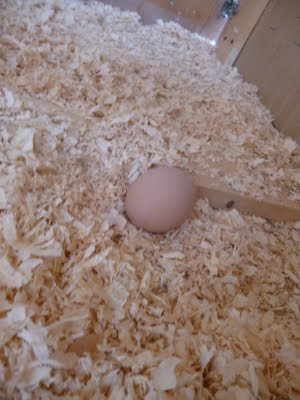 Here is the first beautiful brown egg. One a day from each equals egg breakfasts every four days! 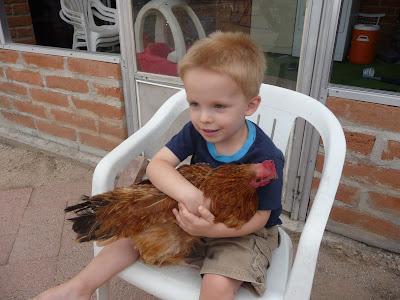 I can't believe how docile they are. They haven't pecked any of the kids, and they get picked up and held quite a bit. These are way better than a dog!
Posted by Luann at 12:49 AM

We want Chickens. Sadie wants a pet bird (such as cockatiel) but they're expensive, and can be messy and stinky indoors. Pet chickens is SUCH a better idea. I don't know if we've convinced her yet, but we're working on it. I'm happy for you guys. Loved this post- I'm going to have her read it now.