The Most Wonderful Time of the Year

At least in Chad's opinion. Between his birthday, father's day, and our anniversary, June is a pretty big one for him. This year he's one year older, celebrated Father's day as a father of four instead of three, and managed to be in town for our 10th anniversary! There was a time when we were pretty sure that wouldn't be the case. 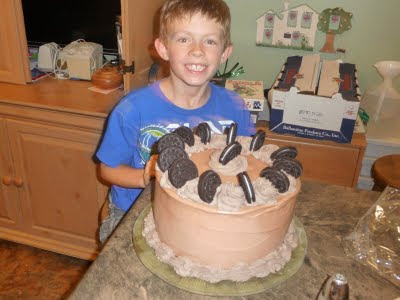 Gregory with the massive ice cream cake I made for his birthday. Chocolate cake with Mint oreo ice cream and whipped cream frosting. It was delicious! 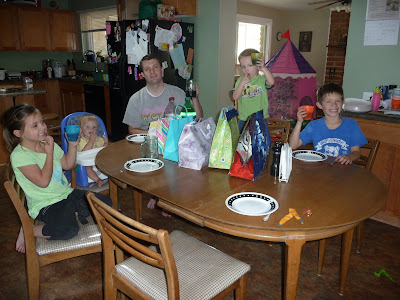 Father's day brought all of Chad's favorite things (plus some of the kid's favs too). Hot sauce, cheese, spicy chocolate, and black licorice. The kids enjoyed some soda, which is a rare treat at our house. Then there was the shirt. I think it has been officially deemed a pajama shirt due to my little addition on the back (in purple). I think it's cool to see all the kid's hands and feet together in one place. 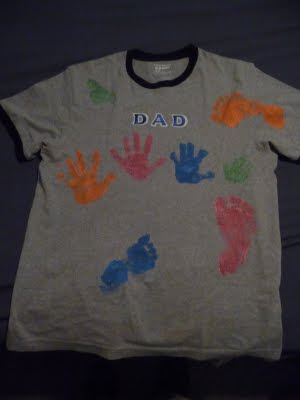 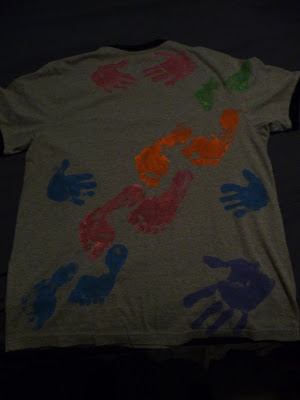 I love you Chad! After ten years and four kids, I can honestly say I'm so glad I married you.
Posted by Luann at 6:05 PM