What Happens in a Month

We haven't blogged for a while. I just downloaded pictures from our camera. It's been over four weeks since we did that last. There were 128 pictures. We've done a lot in the last few weeks. Here's a few items of note:

We traveled to Phoenix for the first time in over 5 months. I've since been back and we will be going again soon. 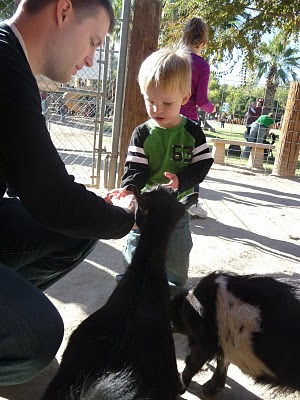 We went to a zoo and fed the giraffes, pet the goats, turtles, deer, and stingrays.
We traveled 200 miles in one day without actually leaving the metropolitan area we were in. 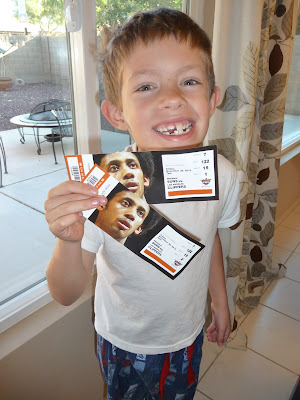 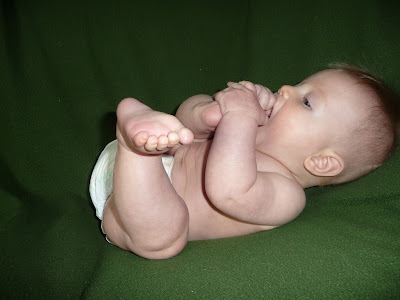 JW learned to roll over, found his feet, found his voice, found that his mouth is full of water and spends most of his time trying empty his mouth of said water. He spent the other day trying to figure out how to get his dang binky back in his mouth and was quite upset that the stupid thing wouldn't do what he wanted. He is rolling across the floor and the other day I caught him trying to scoot on his tummy to the Christmas presents under the tree. This kid is trouble.
We put up the Christmas tree. We did not put up Christmas lights. I'm boycotting this year. But I am buying Christmas presents even though some little boy told some little girl that a certain bearded figure dressed in red is actually imaginary. He's not supposed to do that. That's my job! 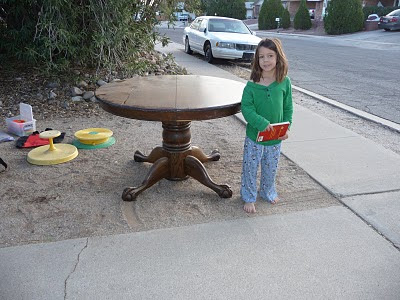 School is almost out for the quarter. At school in the last four weeks we ran some laps, did some homework, and danced in an assembly. In the next two days we will go on a field trip and get an award for being awesome (that's Kiwi. She's everyone's friend and the school wants to honor that fact. She's my social one. I don't know where that came from).

So, we're busy. Kiwi's dancing in the nutcracker this week. This involves two rehearsals and two performances spanning four nights. So I figured I'd better blog now, otherwise it may be a month before it happens again.
Posted by Luann at 10:45 PM

Aww...I remember that table too! It was a good table!

I am looking for a table JUST LIKE THAT. Darn it.

That baby picture is unreal. I want to squeeze those thighs something fierce.