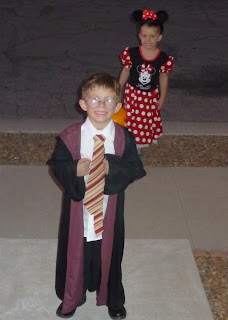 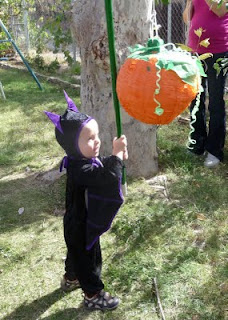 With three kids we go for the hand me down Halloween around here: Harry Potter was once worn by G's older cousin. Kiwi's costume was borrowed from a friend.


Mr. S was wearing the costume G wore when he was a year. And he also wore it last year. I paid $20 dollars for that costume. I'm glad we have a second boy to put a little more use into it. As I get more kids it seems crazy to spend $20 on a costume that is only worn once. If regular clothes were of the same quality as Halloween costumes, they would be sold at the dollar store. It drives me nuts that costumes are so expensive. Unfortunately I don't have the drive or sewing skills to make my own. At least that's what I tell myself. 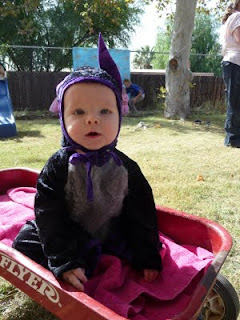 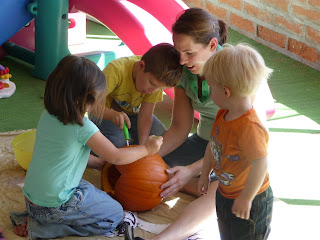 Also this year the kids took a more active role in carving the pumpkin. Maybe by next year they'll be able to do it all on their own.
Posted by Luann at 11:18 PM

They are so cute. I completely agree with you on the Halloween costumes. I end up shopping clearance after the holiday for the next year and use eBay as well. Then of course we have three girls that can wear the different things. And like you, we have a male cousin that has handed down so we won't have to buy for Brendon for a couple of years! YEAH!

These are great! Gregory makes a great Harry Potter!