Just when we thought that it would be a snow-free winter, making the kids not happy at all, we get a real snow storm. This was categorized as a blizzard, and it dumped over two feet of snow. Once I cleared off the deck, it was prime jumping territory. 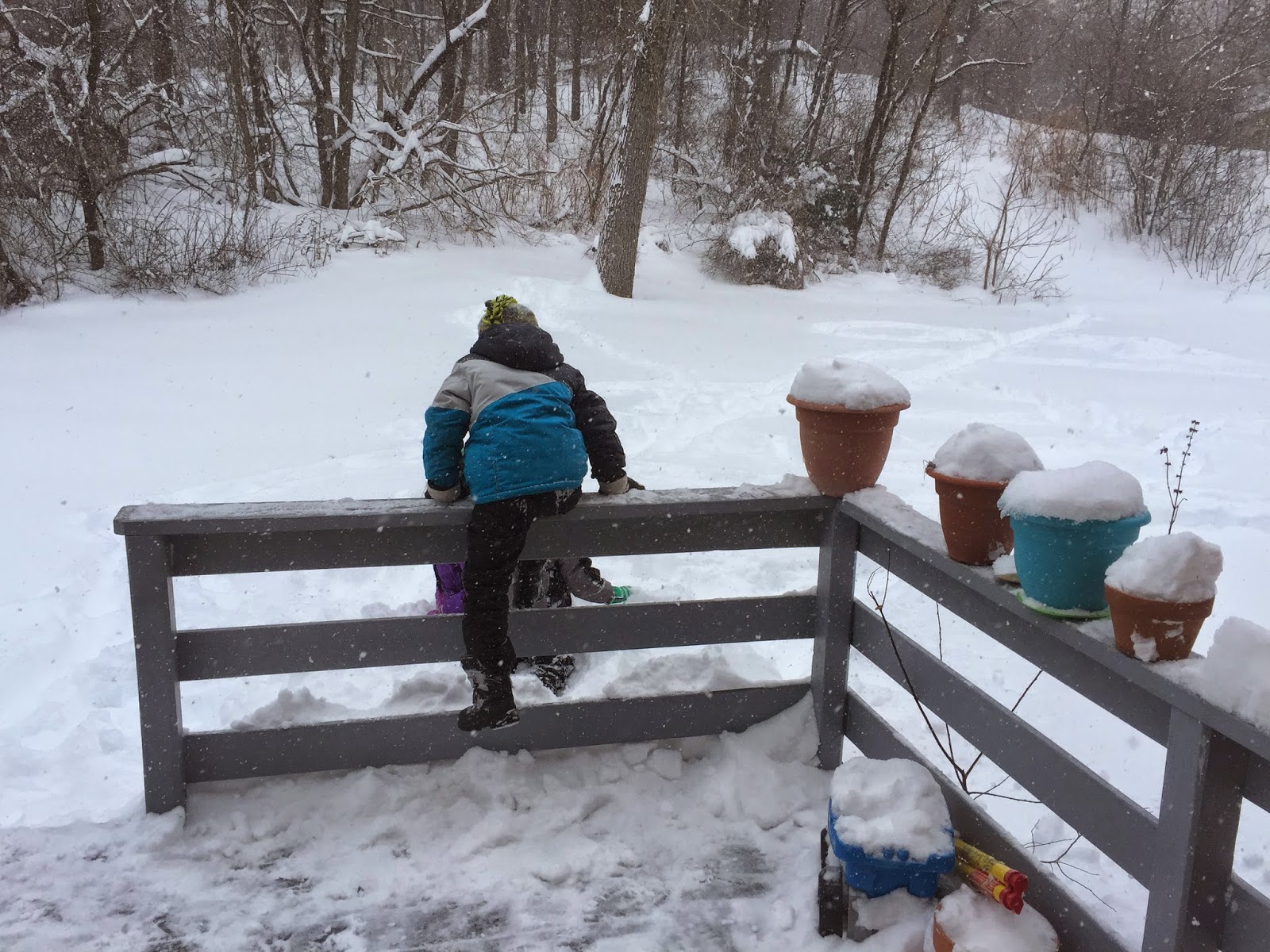 And of course there was plenty of snow for the sledding hill in the backyard. As it turns out, it has to be about freezing for it to be warm enough to pack it down (it was in the low 20's), so it wasn't the best sledding weather. 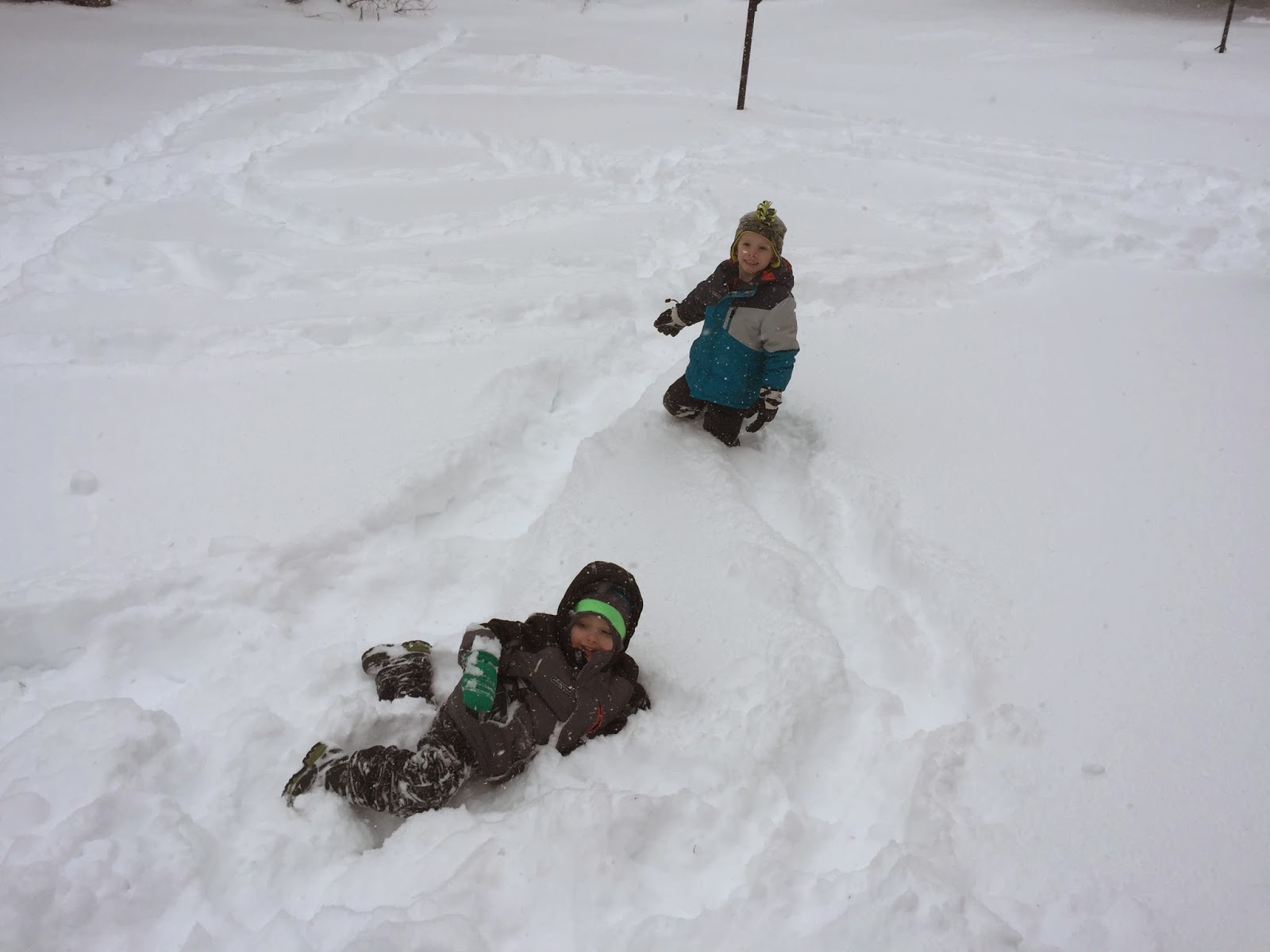 And since I could not even get out of the driveway in my small, rear-wheel drive car, I worked from home. And, the kids made a place just for working: a snow cave! Granted, most of the depth was because I had to shovel the snow somewhere, so it got a bit more compact, making for perfect cave-making snow. 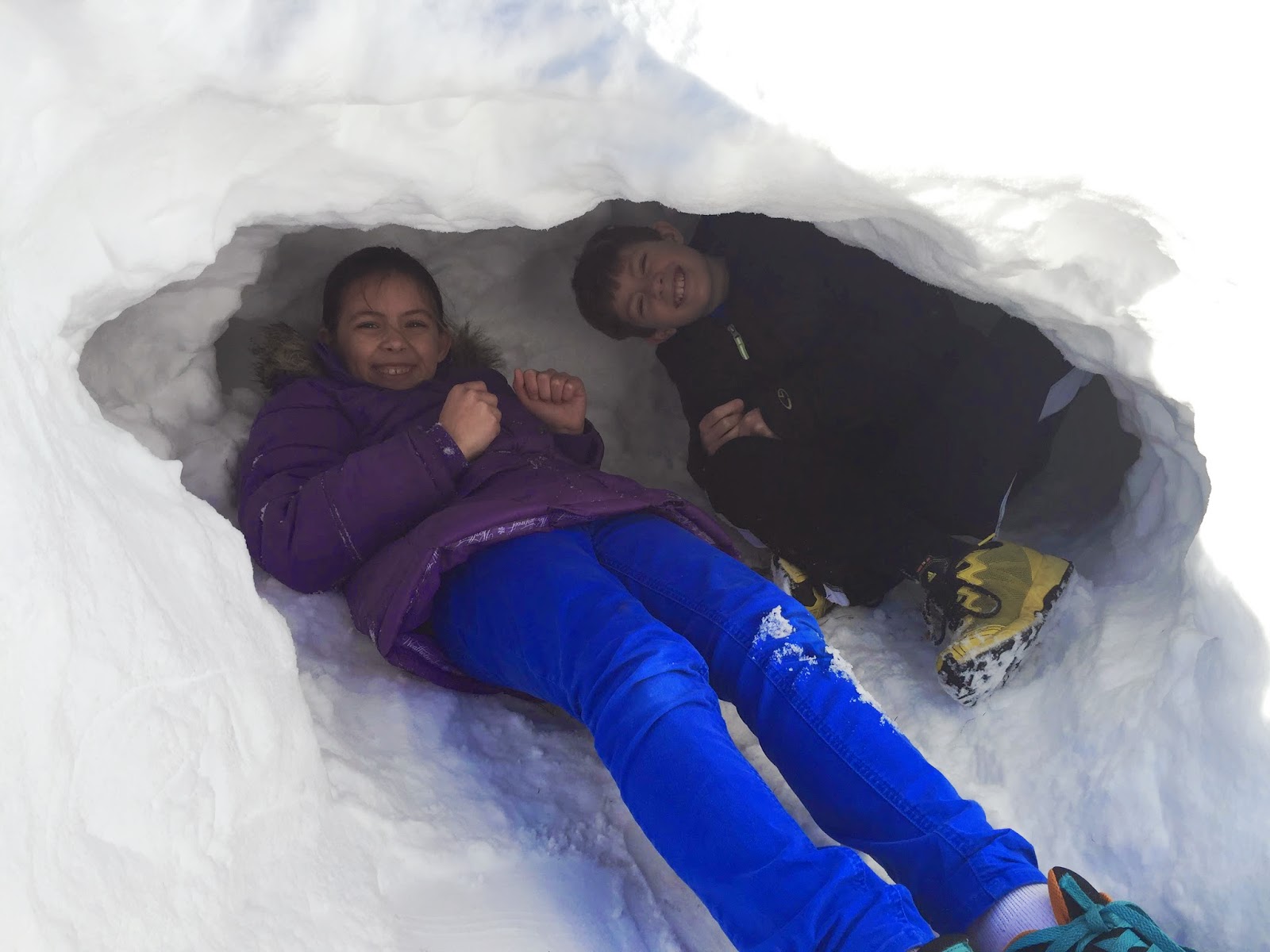 The rest of the afternoon they finished the caves by transforming them into a snow tunnel.
Totally unlike anything I had growing up: we dug in dirt to make tunnels, my kids dig in snow, and that is soooo much cleaner.
Posted by Chad at 10:34 PM