This is my belated Happy Birthday post for my baby. G-man seemed so much older when he reached a year. Jared doesn't seem nearly big enough to be one. But he started walking three weeks before his birthday and has four teeth. G-man was toothless at a year and still not walking despite the diligent attempts by Chad and I to make him do so. Crazy first time parents...

I had a lot of fun getting ready for this birthday. We had balloons... 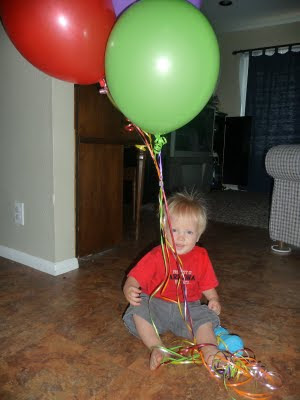 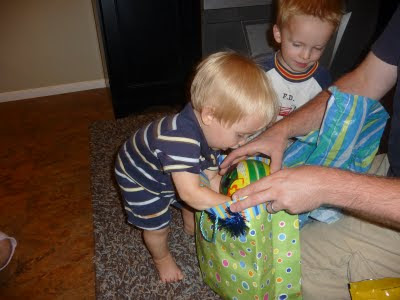 Which we forgot to open until the next day.
They consisted of food and a ball.
He's lucky he didn't just get something cleaned up from the shed.

We had a homemade cake... 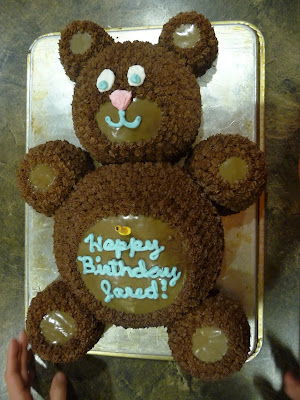 I got lazy at the end, so the face isn't the best.
But isn't it cute?
I've been having a lot of fun with my new decorating tips. 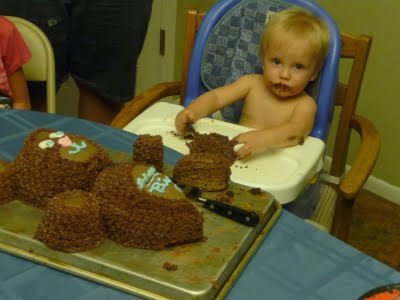 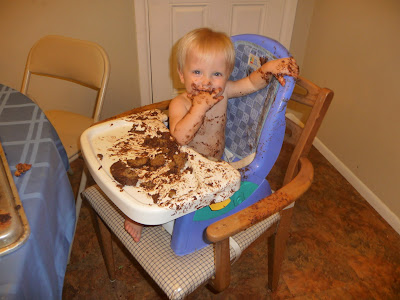 Here's a rundown of our little J-dub at 12 months.
He can walk
He says mama, dada, and ball
He flirts
He points
He climbs
He has four teeth
He throws tantrums
He hits

but, he still loves mama best
Posted by Luann at 3:51 PM