Grandma Toni bought Kiwi some tickets to see Disney on Ice back in April. Of course I had to come too. I had never been to an event like this and really enjoyed experiencing it for the first time with my daughter. 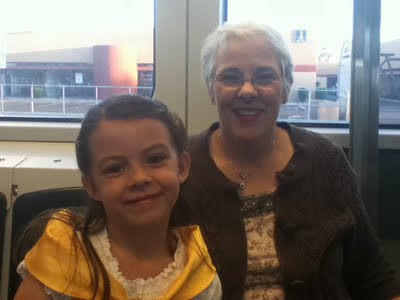 We took the light rail downtown and were greeted by a massive swarm of princesses ranging in age from a few months old to well into adulthood. It had to be the funnest thing I've ever experienced. Kiwi was in absolute heaven. This was a magical night for a girl who loves to be given whatever her heart could desire. She ate cotton candy, was given a crown to wear, as well as a pink, light up royal scepter. Vendor after vendor would come parading by with his wares and those eyes would light up and look at me...I'm lucky to have gotten away with buying as little as I did. Be warned if you ever attend one of these things. Next time I will give her the money and let her spend until it's gone. That way I never have to tell her "no." Then it can truly be a night when she can have whatever she desires (within reason). 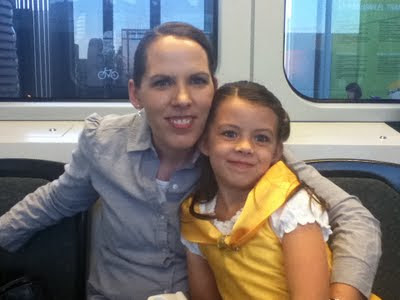 I wish I had better pictures, but I had no desire to bring the camera with me on this trip. So the Ipod is the best we have. Then it died shortly after exiting the train. Oh well. This was a memory I will never forget and hope to experience many times with my daughter. I love you Kiwi!
Posted by Luann at 1:20 AM