So, if you had not figured out, this Arizona transplant is a big fan of the snow. The first blizzard of '15 was totally awesome. The second, right after Z was born, was a bit on the intimidating side, since we had just had a new member of the family join us. Now, with the third straight week of blizzards, I think I am done for awhile. 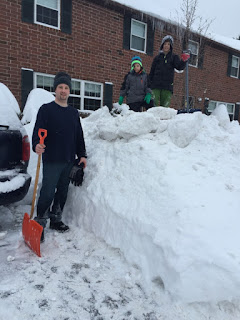 Did I mention that the snow was so deep at this point (something like two feet per storm, or six feet of snow), that the kids helped me not by shoveling snow, but by jumping on the snow banks to make it possible for me to throw the snow on top. 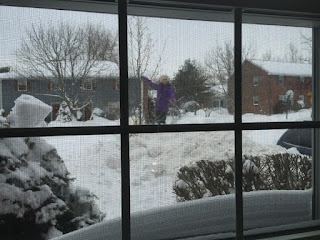 Luckily there were no actual incidents, like power outages or the like, to contend with. Just lots and lots of snow.
Posted by Chad at 9:09 PM