As is now our tradition, we assemble the Winter Village LEGO sets after Thanksgiving and into December. So these pictures are repeats. But, it is great fun for the kids to get to build a new (to them) set each year. The modern sets are really quite hard, at least the ones in this theme, so it offers a good challenge for both Gman and Kiwi. Kiwi was a major builder this year. 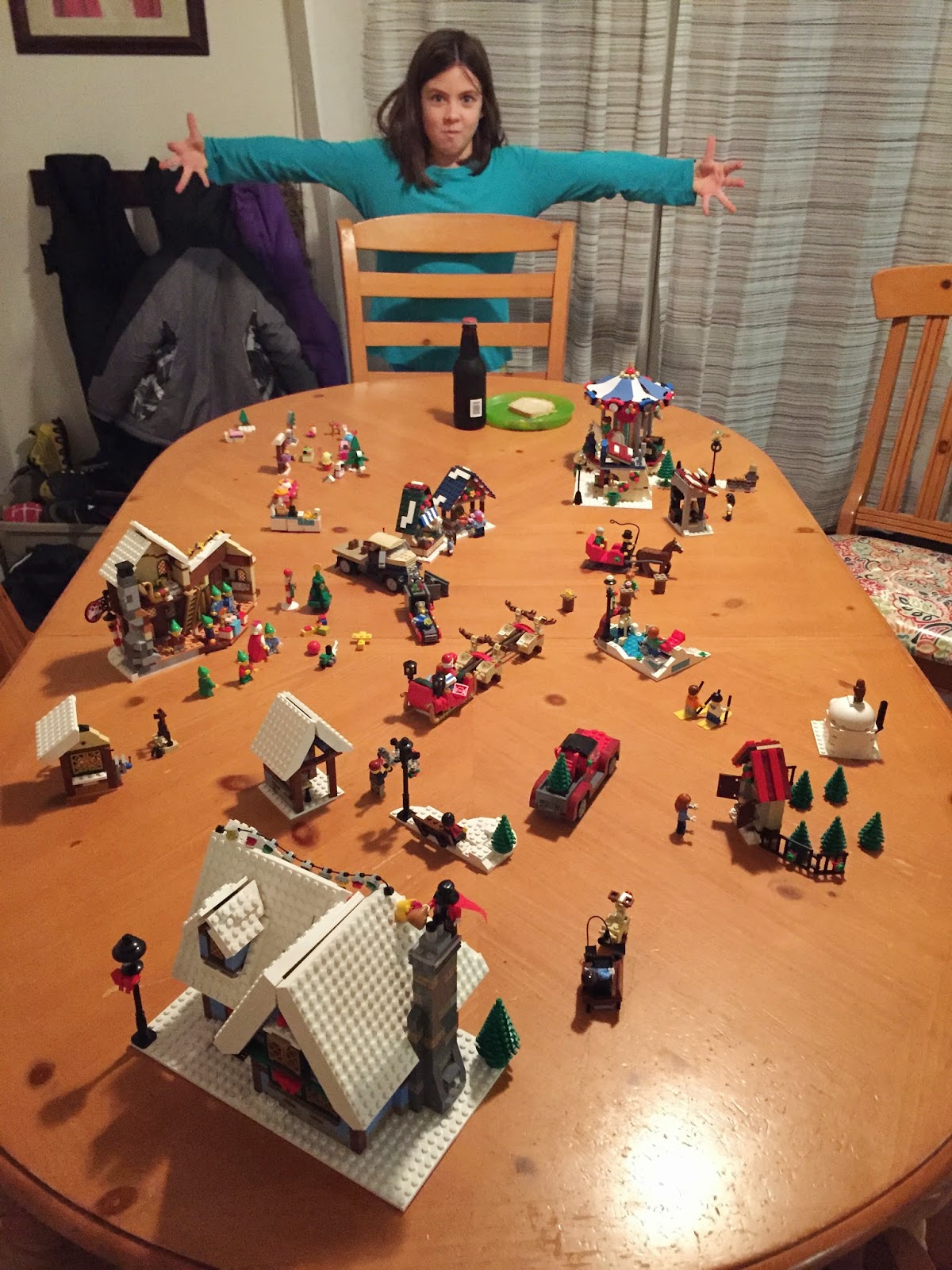 In addition, we did the LEGO Advent calendar (both Star Wars and Friends), and the Santa this year was Santa Vader. Naturally, he was the "Grinch" of the scene, not giving but taking: 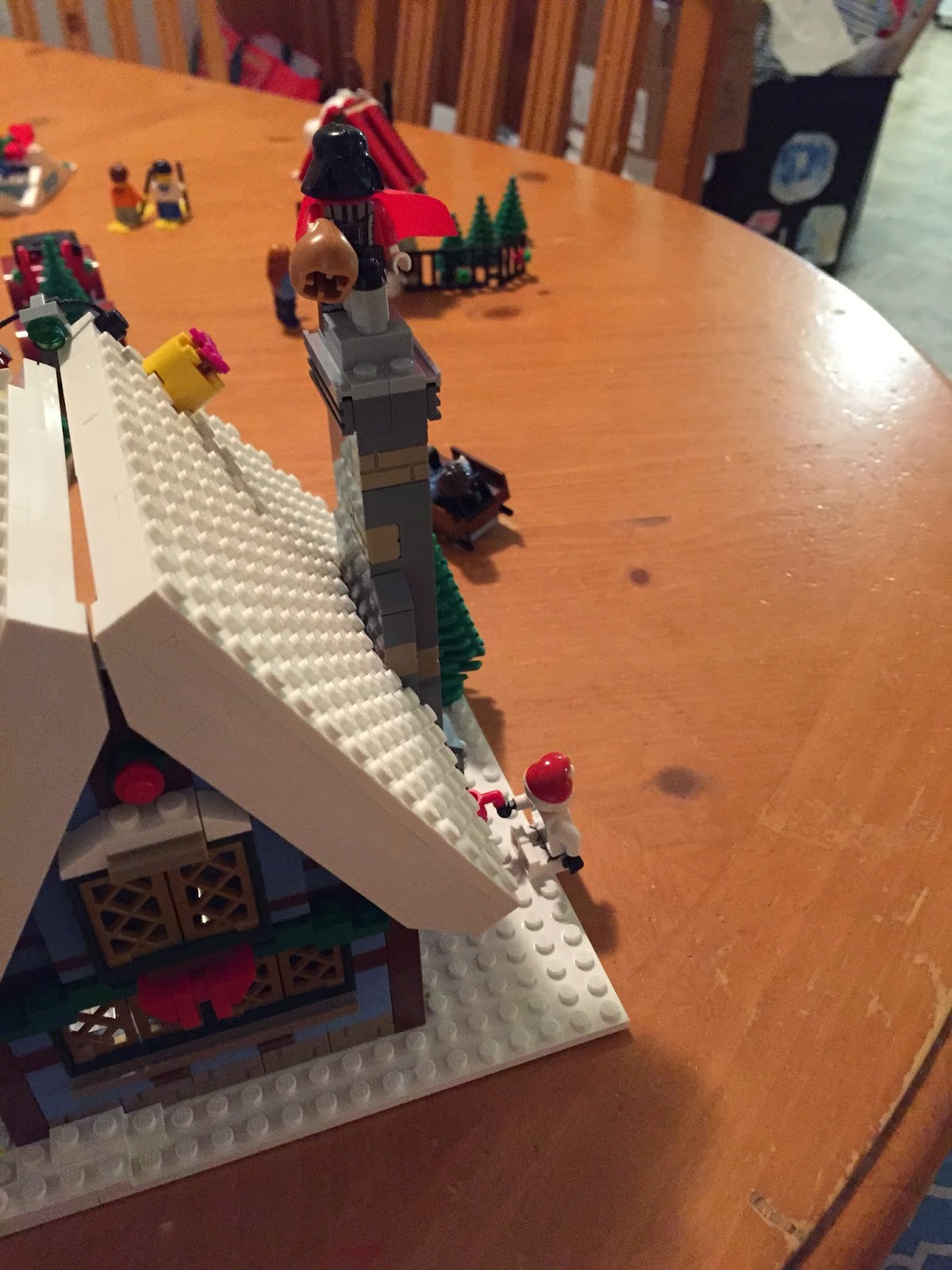