What do you get when you try to take pictures of 4 kids age 8 and under? In one word: chaos. Especially when one of those children happen to be a very independent and defiant almost 3 year old.

But out of the chaos emerged a miracle. Somehow our photographer was able to get some good shots and all the kids were...wait for it...looking at the camera!
Thank goodness for a photographer who knows to get down to business, because she really only has 15 minutes before they are DONE. S was probably done after 2 minutes. But Christina hung in there and made due. Here are a few highlights (and low points) of the family shots. 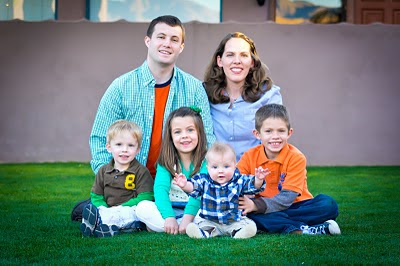 I think this is the one going on the wall. Everyone is looking, everyone is smiling. Plus J's outstretched arms are SO CUTE! 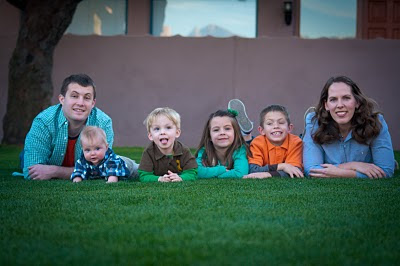 I will call this photo "the eyebrows." They can be very distinctive in the two oldest male members of our family. Chad has learned to control his most of the time. But between G-man and S, many many photos were bombed. Our photographer would get us all set up and then just take a bunch of photos very quickly. In one series you can see little S raise and lower his arms and then fall to the ground. In another you watch G-man's face inexplicably go through a series of very unusual contortions. 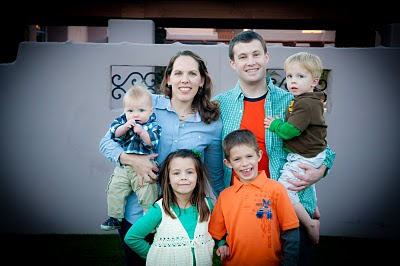 This is the photo I will call "done." At this point the photographer claimed it was time to wrap up (after only 20 minute or so). I attempted to pose for another shot despite her insistence that the kids probably wouldn't go for it. Next time I will trust the photographer. S refused to look at the camera and is therefore being held. Then there is G-man. Unfortunately I have 3 little boys that will be bombing family photos for the foreseeable future. So lets end on a positive note: 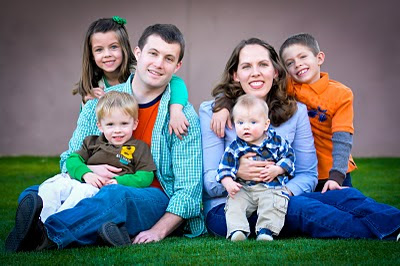 How I love this little family of mine!
*and a big thank you to Christina at www.skystallionphotography.blogspot.com
Posted by Luann at 10:49 AM